Paul, Paul, why are you persecuting me?

St. Paul was known first as Saul of Tarsus or Saul from the city of Tarsus who, although he was Jewish, was later the apostle of the gentiles or the non-Jews. From the city of Tarsus in Turkey where it was possible to be a Roman citizen, Paul dedicated himself to the persecution of the Christians; he was present in the moment when St. Stephan was stoned. Paul, who was an enemy of the Christians, fell from his horse on the way to Damascus, and by revelation he heard the voice of the Lord, of Jesus Christ, who said to him, “Paul, Paul, why are you persecuting me?”

And in that revelation, Paul realized that he was going against the truth of the Messiah, and the Christians brought with them the truth of the Christ. So because of all of that, Paul underwent a complete transformation, and from there St. Paul was born.

In spiritual retreats we have studied the Acts of the Apostles and the life of Paul of Tarsus, who later became St. Paul, who is the Gnostic archetype par excellence. 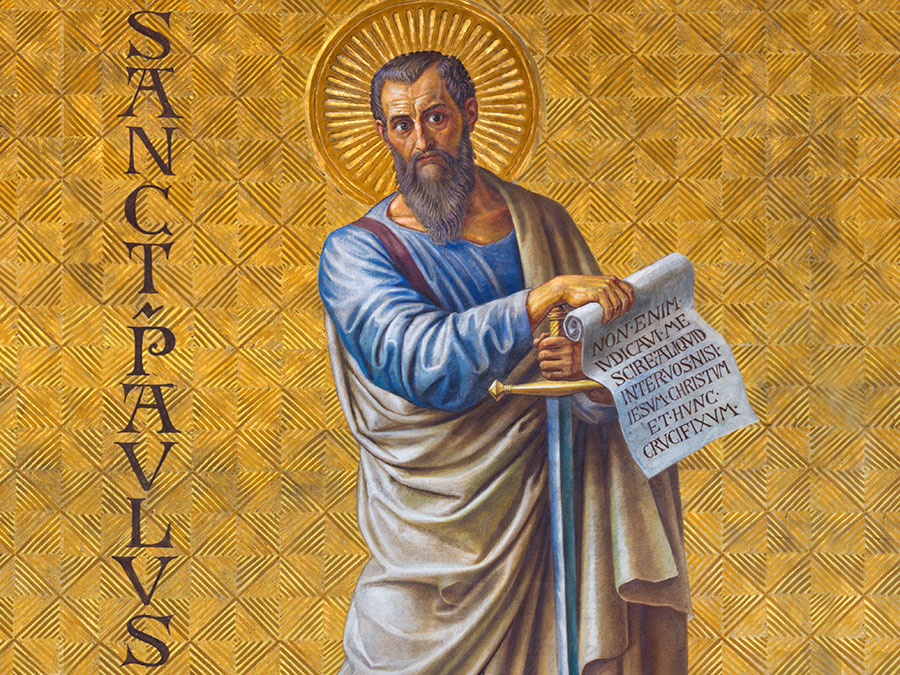 I remember a part from the Acts of the Apostles where Paul must go to Rome to preach, and give a testimony of the Christ beyond the realm of converted Jews. To do so he had to traverse the sea, navigating on a ship full of many passengers. And because they did not obey a revelation that St. Paul had, they would lose their lives. Paul made them see how they might not lose their lives; therefore he restored faith and trust to all of them. They finally manage to reach the port safely, and he fulfills what the Lord told him—that he would preach the good news of Christ the Savior in Rome.

All of these things have always attracted my attention; they have made an impact on me. Therefore, I asked why these biblical personages suddenly appear and then, just like that, they disappear into history. And if it is true that the Great Work is done more than one time, then where, for example, is St. Paul right now? Luckily, thanks to Gnosis and astral experiences we can, to some extent, know about them.

This allows me, in this moment, to say something about St. Paul. I tell you that on a certain occasion, being in the astral body, I look toward the sky. In the open space that is before my eyes, in a very beautiful blue sky without a single cloud, I see a small sailboat descending at great speed. In other words, a small boat with a very white sail inflated by the wind tries to descend to some unknown place on our planet. It is strange because the boat should be on the waters of some ocean or lake. Yet this one is navigating through the air, and within it is its most important cargo. The passenger, being supported as [best] he can within that boat that, I repeat, comes rushing at high speed. And then I know that the man is none other than the apostle St. Paul. I run, trying to arrive on time to the place where that landing will occur. I want to know in what way the apostle of the gentiles will appear this time.

I repeat to you, when I realize that this has to do with St. Paul, who is coming in this modern time to continue his esoteric work, I run and run, trying to discover the place where he will descend in that ship, in that sailboat whose sail is inflated by the wind. I run and run and run until I finally see the boat enter above a group of houses. The person gets out of the little ship, and I barely reach there in time. I manage to see him from behind before he is mixed up among the people. This does not allow me to see the person’s face, who today may form part of the ranks of the Gnostic Movement.

All of this made a very big impact on me, even though I was not allowed to see that face. It is surely because this must remain in secret. For the moment, I know that he is walking out there somewhere, perhaps among the ranks of the Gnostic Movement. He knows that I know and he, his real Being, does not want it to be known publicly.

So the work of Venerable Master Samael Aun Weor, with the three factors of the revolution of consciousness, is allowing for this type of Bodhisattva to be able to complete a work, or he simply finished one and must initiate another. In this moment, he can very well be a missionary we all know, or one who we do not know, or one who must go unnoticed but who obviously comes to do an important work. And this is what the work of Samael serves to do, not simply to give Gnosis to little Peter, to little Paul, to little John, or to that Sophia who is a stranger to everyone. Behind that particular person may very well be a St. Paul, who fights to complete or realize the Great Work once again.