Upon the solemn threshold of the Temple at Delphi was found a sacred inscription carved in living stone that said, “Nosce Te Ipsum.” Know yourself and you will know the Universe and the Gods.

The transcendental science of meditation has as its fundamental cornerstone this sacred motto of the hierophants of ancient Greece.

If we truly and sincerely want to establish the basis for correct meditation, it is necessary to comprehend ourselves in all levels of the mind.

Establishing the correct basis for meditation means to be free of ambition, selfishness, fear, hatred, greed for psychic powers, desire for results, etc. 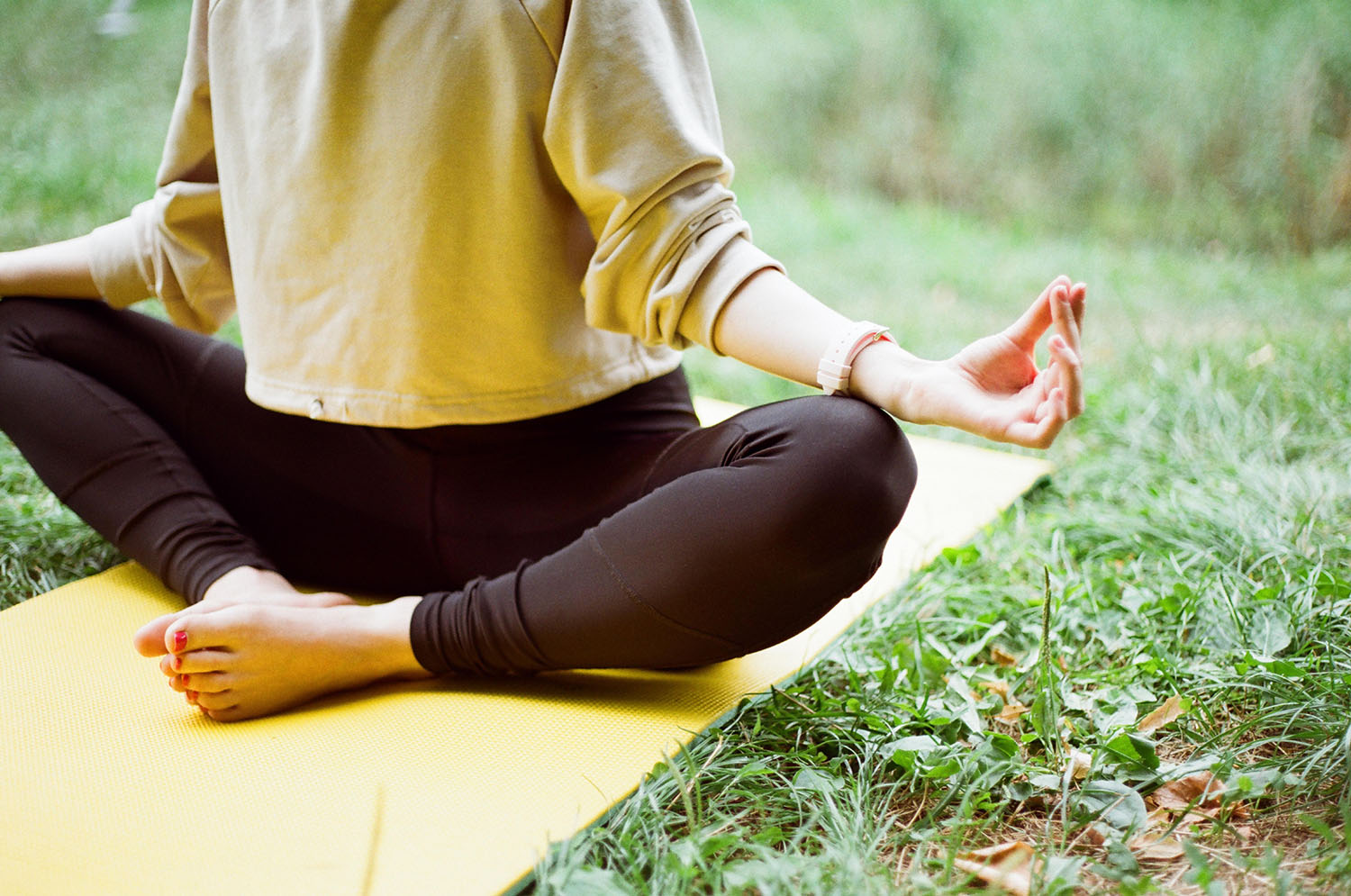 It is crystal clear and beyond all doubt that after establishing the fundamental cornerstone of meditation, the mind remains still and in profound and tremendous silence.

From the strictly logical point of view, it proves to be absurd to want to experience reality without knowing oneself. It is urgent to integrally comprehend in all regions of the mind each problem as it emerges in the mind, each desire, each memory, each psychological defect, etc.

It is crystal clear that during the practice of meditation the sinister procession of all the psychological defects that characterize us pass by on the screen of the mind; all our joys and sorrows, countless memories, various impulses that come from the inner world, all kinds of desires, all kinds of passions, old resentments, hatreds, etc.

The one who truly wants to establish the fundamental cornerstone of meditation in his mind must pay full attention to the positive and negative values of our understanding and completely comprehend them, not only in the merely intellectual level but also in all the subconscious, infra-conscious and unconscious regions of the mind. We must never forget that the mind has many levels.

The in-depth study of all these values signifies, in fact, self-knowledge. Any movie on the screen of the mind has a beginning and an end. When the parade of forms, desires, passions, ambitions, memories, etc., ends, then the mind becomes still in profound silence, void of all kinds of thoughts.

Modern day students of psychology need to experience the Illuminating Void. The eruption of the void within our own minds allows us to experiment, to feel, to experience an element that transforms. That element is reality.

The Philosophy of the Void

The thinkers emerged in the west on the basis of the question: What is and where does existence come from? These acrobats of reason even accepted the matter of “I think, therefore, I exist”.

Nevertheless, eastern and some western philosophers proved that existence is perishable and corruptible, they intuited a permanent and a temporal reality beyond existence; thus, they arrived at the question: What is “non-existence?” In this way the philosophy of the void emerged.

What is the Void?

The Void is very difficult to explain because it is indescribable and indefinable. The Void cannot be described or expressed in human words, because the various languages that exist on earth can only designate existing things and feelings. It is in no way an exaggeration to affirm that human languages are not adequate to express things and feelings that are “non-existent” and, nevertheless, tremendously real.

To try to define the Illuminating Void within the limited sphere of a language that is limited by the forms of existence is, beyond all doubt, foolish and mistaken.

Why is the Void so Indefinable and Ungraspable? ‘To define’ really means to set up intellective limits or to declare the sense of something that is determined. ‘To grasp’, in the sense it is being used here, means to comprehend something or to retain it in memory. Since the very act of defining obviously consists in enclosing something within certain limits, it tends to unavoidably be finite, narrow and restrictive in its nature; and at the same time, since ‘to comprehend’ means to mentally grasp something, though not everything, it has to be equally limitative and exclusive.

The ultimate Truth-Prajna (the Void) that the Zen school wants to point out, cannot in any way be something narrow, finite or exclusive; it must be something vast, universal and infinite, something that includes everything and reaches beyond definition and designation.

The very word ‘to define’ ostensibly suggests a human finger that points to a determined object, and the word ‘to grasp’ a hand that holds something and does not let it go.

Illumination: this grandiose word essentially and potentially can be utilized in order to emphatically indicate the transcendental mystical experience that lies in experiencing the Void.

It is not necessary to comprehend something, we need to capture, to apprehend, to capture, its intimate meaning.

The sixth Patriarch asked Bodhidharma, “How is it possible to reach the Tao?”

Bodhidharma responded, “Externally, all activity ceases; internally, the mind stops being agitated. When the mind has become a wall, then the Tao comes.”

The Void is a clear and precise term that expresses the insubstantial and impersonal nature of beings, and an indication, a sign, of the absolute state of the absence of the “pluralized I”.

In this there are degrees and degrees, steps and steps; it is necessary to arrive first at the illuminated aspect of the consciousness, and later at objective knowledge, at the Illuminating Void.

The man who awakens consciousness experiences the tremendous truth that he is no longer a slave, and with pain he is able to verify that the people who walk down the streets sleeping, resemble true walking cadavers.

The illuminated consciousness is fundamental in order to experience reality, and to reduce the “pluralized I” to cosmic dust, but this state is still on the edge of Samsara (the painful world in which we live).

When one has reached the state of awakened consciousness one has taken a formidable step, but the initiate unfortunately still continues obscured by the monistic idea. He is incapable of cutting all those subtle threads that link him to certain things, to effects of a damaging type. He has not arrived at the “other shore”.

When the initiate undoes the bonds, which in one way or another bind him to the illuminated consciousness, he then arrives at perfect illumination, at the Illuminating Void, free and entirely non- substantial.

To arrive at the very center of the mind, to arrive at the Illuminating Void, at objective knowledge, is something tremendously difficult, but not impossible. Every Gnostic can achieve it if he works upon himself.

We must annul the projector through self-observation and comprehension. Examine each image, each memory, each thought that comes to the mind. Remember that every thought has two poles: positive and negative.

Examine the two poles of each mental form that comes to the mind. Remember that only through the study of polarities do we arrive at the synthesis. Every mental form can be eliminated through its synthesis.

Example: The memory of a girlfriend assaults us. Is she beautiful? Let’s think that beauty is the opposite of ugliness, and that if in her youth she is beautiful, in her elder years she will be ugly. Synthesis: It is not worth thinking about her, she is an illusion, a flower that inevitably withers away.

In India this self-observation and study of our psyche is properly called Pratyâhâra.

The “bird like thoughts” should pass through the space of our own mind in a continuous parade without leaving a trace. The infinite procession of thoughts projected by the “I” eventually exhausts itself and, then the mind remains still and in silence.

A self-realized great Master said, “Only when the projector, that is to say, the “I,” is completely absent, then what comes after is the silence, which is not a product of the mind. This silence is inexhaustible, not of time, it is the immeasurable, and only then comes That which is”.

We can summarize this technique in two principles:

We need serene reflection if we truly want to achieve the absolute stillness and silence of the mind.

We clearly must understand that in pure Gnosticism the terms serenity and reflection have much deeper meanings and subsequently, they should be understood within their special connotations.

The feeling of serenity transcends that which we normally understand as calmness or tranquility; it implies a superlative state that goes beyond reasoning, desires, contradictions, and words; it designates a situation outside of worldly noise.

In this same manner, the sentiment of reflection goes beyond that which is always understood as contemplation of a problem or idea. It does not imply here mental activity or contemplative thought; but rather a type of objective, clear, and reflective consciousness, always illuminated in its own experience.

Therefore, “serene” in this context, is the serenity of non-thinking, and “reflection”, means intense and clear consciousness.

“Serene Reflection is clear consciousness in the tranquility of non-thinking.” When perfect serenity reigns, true profound illumination is achieved.

Previous articleThe Meaning of Freedom
Next articleThe Value of Silence